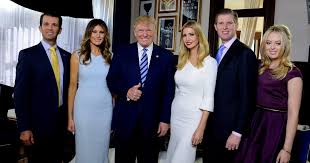 Senator Mark Warner has finally spoken about disturbing fact that US President was in discussion with his legal team on possibilities of pardoning his family, aides and even himself in case of any implication in a probe spearheaded by Former FBI Director Robert Mueller on Russian interfering in last year’s Presidential election. The investigation though in preliminary stage is trying to find out if there was any coordination between Russia and people who worked for making Trump campaign successful. It is alleged that Trump’s family including is son and son in law have played a significant role along with Russia in fixing up the last years Presidential elections.

For the obvious reasons the White House has Vehemently denied the  though  The Washington Post mentioned several sources inside the Trump team as saying the president wanted to clear his name. One source said that Trump just want to understand his powers and limitations of the ongoing probe. Trump has in fact warned Mueller against investigating financial deals of his company which are unrelated to Russia. According to Trump it is only a witch hunt and could be politically motivated where investigation team members are influenced by Democrats . White House aide K. Conway said that is within one fundamental right to fight all the  allegations and besides this  it is only fair to expose any probable conflicts of interest of investigators in the team of Mueller as some team members have earlier been associated with Democrat candidate Hillary Clinton and former US  president Barack Obama.

Only time will tell how far the news is correct and what will eventually come out of it but any such move initiated by the Mighty US President Trump will definitely have repercussion all over the world with people in power trying to bend rules to suit their purpose and their nefarious designs to hook to power at any cost.

Indian politicians must be keeping close tap on the turn of events though here in India shoddy investigation by police, delay in framing charges, witnesses turning hostile and long legal process in a way ensures pardon to all politicians in power or in opposition. In case there is water tight case and no way to escape then they  play caste card and try to project them as victims of political witch hunt and suppression by a particular community or the other.

Trump is at least trying to do if he is doing all that legally and weigh all options but here in India the entire system is such that the culprits get pardoned easily or the case carries on till many decades. Look at the numbers of politicians who are facing criminal charges and still enjoying high offices.  And not only that the political rhetoric used by them on and off and especially during election campaigns is so convincing that many of them are voted back to power. Such is sorry state of affairs in India

Hi ! My name is Yogeshwar Singh Batyal. Welcome to my Blog I am an Educationist and a blogger. I conduct workshops in teachers training and Motivation. My other forte is speaking on topics of “Science and Spirituality” and “Influencing young minds in a positive way”. I can design the workshops on various topics as per the demand of the schools and companies. This portal is all about sharing my thoughts and experiences besides true motivating and inspiring life events and stories . If you want to share your stories experiences and get featured in my blog you can contact me on ysbatyal@gmail.com View all posts by ysbatyal